Ad blocker detected: Our website is made possible by displaying online advertisements to our visitors. Please consider supporting us by disabling your ad blocker on our website.

Over spring break I went on a Service trip to Swaziland to build a Home Economics centre at a High School which was an hours drive away from Mbabane. On the weekends we visited game parks where I saw a few 110s being used for what they're built for.

The Game Trucks at Mkhaya. 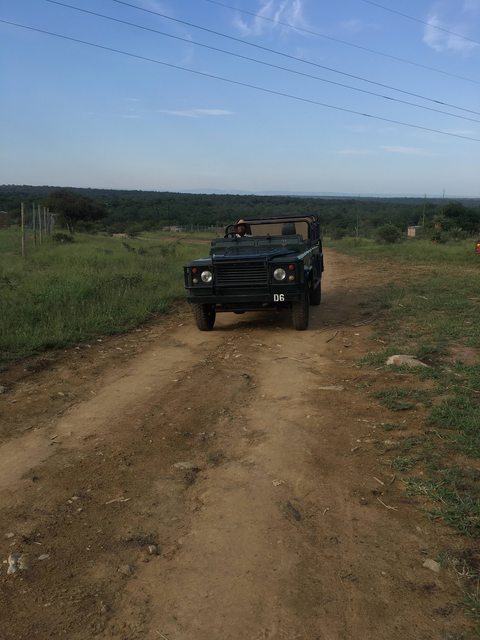 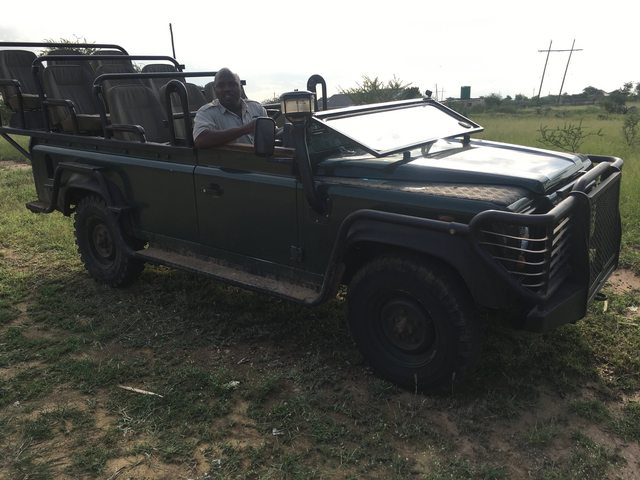 A 110 in a very sad state being used to carry bags. 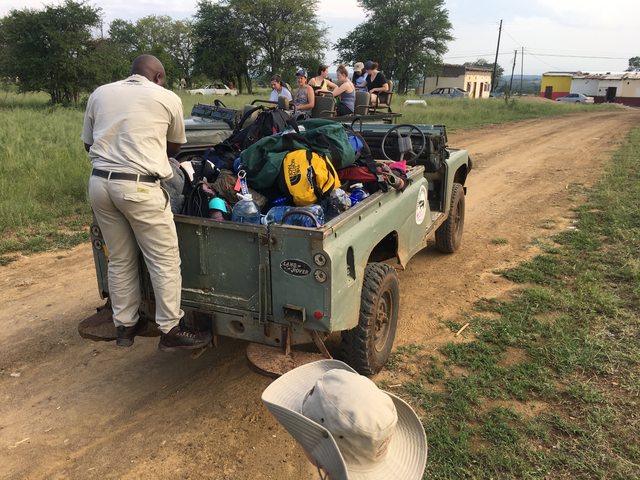 Watching the Rhinos at Mkhaya. These ones were raised by the Game Rangers so they didn't charge us. 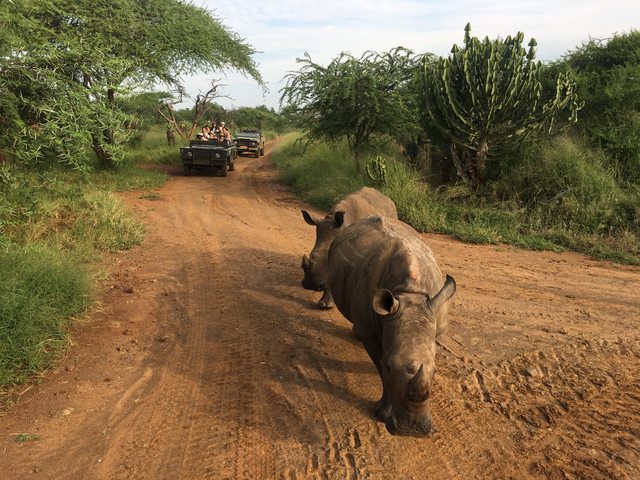 A 110 and some Land Cruiser looking thing at Mlilwane 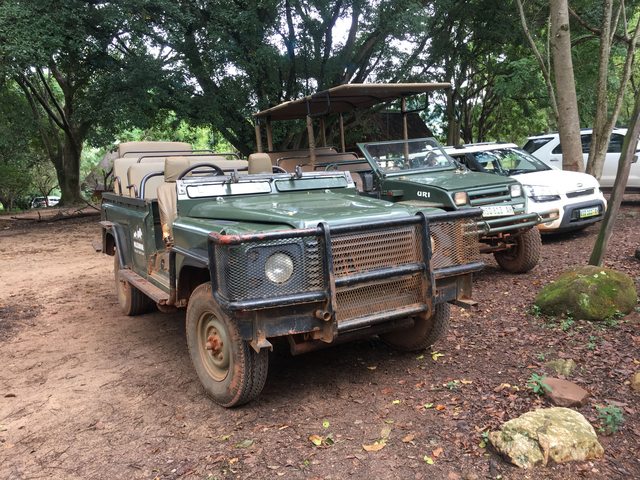 We went on a Morning game drive after a heavy rainstorm and got the Land Rover stuck in a creek. It was bogged down pretty bad. 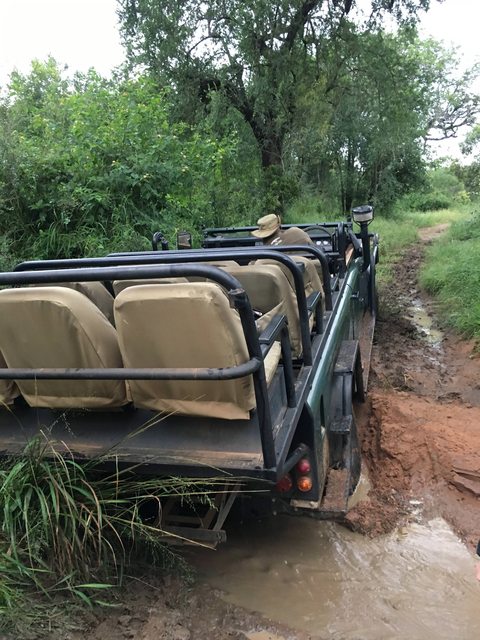 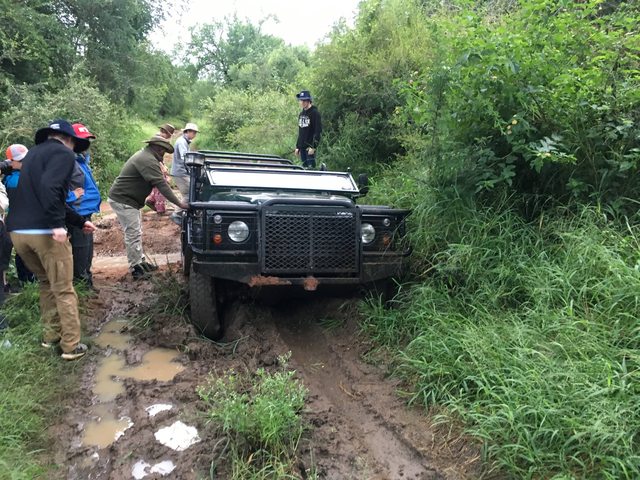 Luckily we had a Hi-Lift jack and lots of helpers to push the rear end out of the hole it dug and back onto the track. It felt like the Camel Trophy riding on the side to put weight on the tires when we drove it out of the mud. 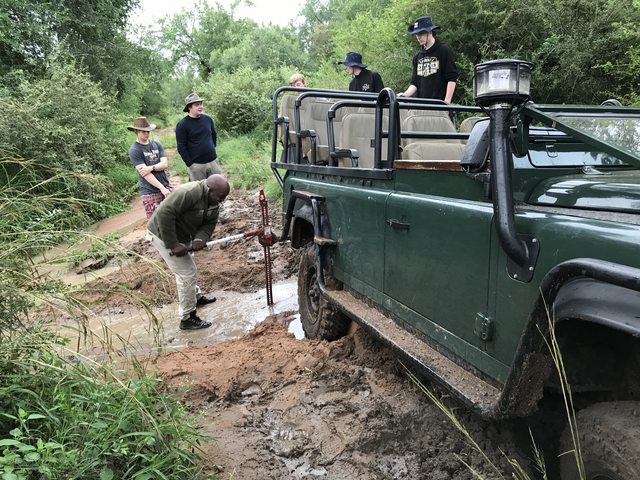 On another Safari at Hlane we had to change a tire in the Rhino inclosure on our Land Cruiser. We put the spare on which turned out to be flat as well so we used a Bicycle pump to inflate it. The truck ended up falling off the jack because the wheels were not chocked on the hill. 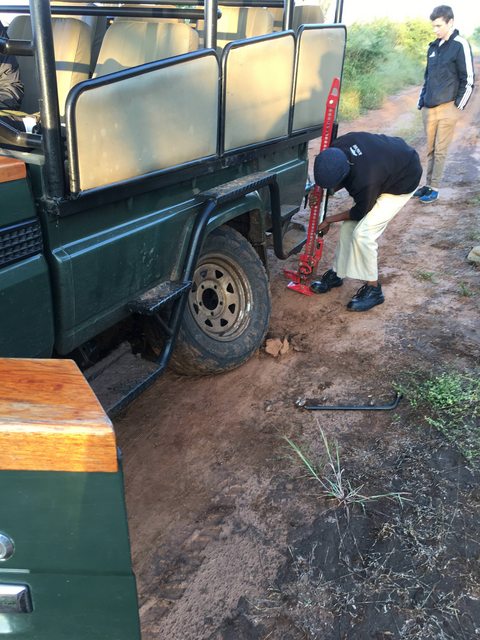 Thanks Andy, I had a great time!

I did give some advice but he knew what he was doing. I helped push it off the jack after it he lifted the rear end out of the hole.
Colin

The Landcruiser looking thing in one of the earlier photos is a Namibian built URI. These are a special based on a Toyota Hilux 4X4 chassis, 3.0 litre diesel engine and running gear. They are primarily used by mining companies and private game parks.

I rode around the bush in one a few years back in Botswana and can attest to the fact that they are a pretty tough truck. Off a made track they really took a beating without much protest - the body is almost plate steel.